A nasty nor’easter gets underway today as snow intensity picks up, winds increase, and even some sleet and rain mixes in. While this morning starts with patchy light snow, it’ll be late morning-noon that sees a steadier and heavier snow develop south of the Mass Pike, and then from Noon-2pm, snow rates increase north of the Pike. From mid afternoon to early evening, snow rates fall at 1-2″ per hour, allow for poor visibility and snow covered roads. Travel weather will be the worst from mid afternoon, through much of tonight. Improves to main roads are quick tomorrow morning as most of the snow is over and done with. 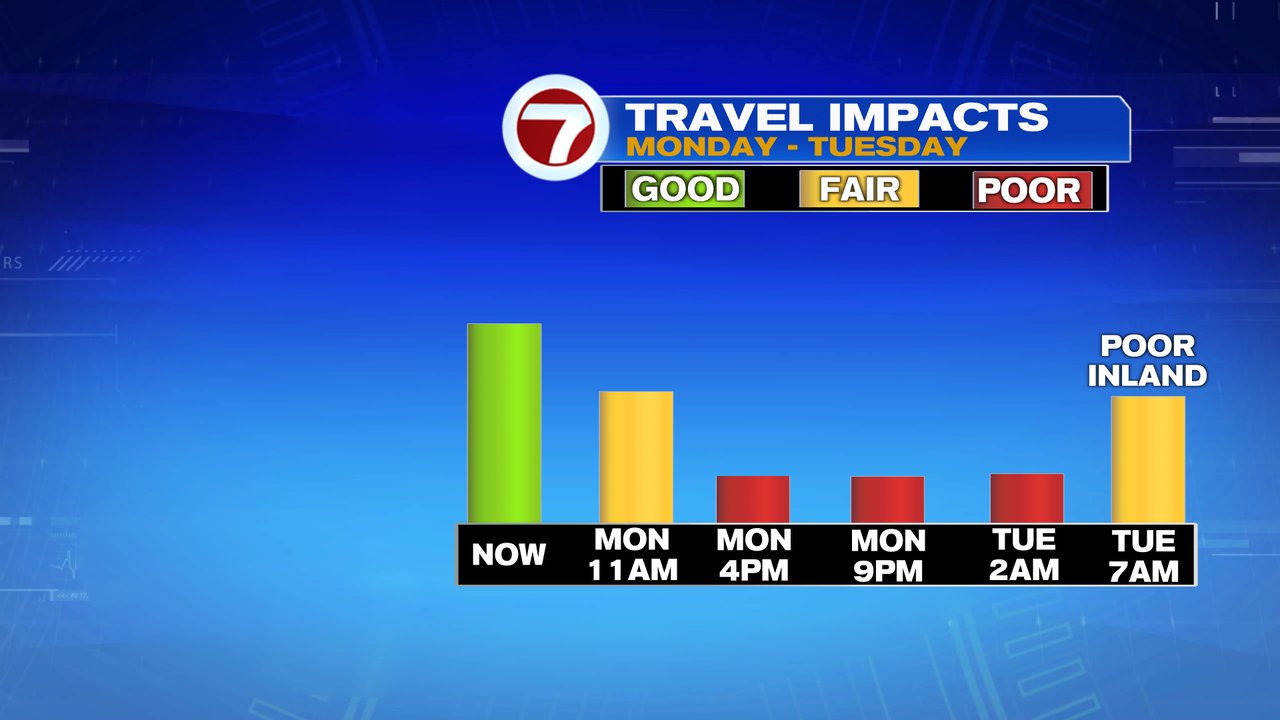 10-14″ of snow is a good bet inland. Near the coast, the numbers are a bit trickier since there will be a sharp cutoff in snow totals. Along the immediate coast of SE Mass and Cape Ann, the totals are limited thanks to a quicker change to rain and a heavier, wetter snow. In Boston, it may be one of those situations where at the waters edge, totals run around 4-6″ but escalated quickly to 8-10″ near JP or Hyde Park.

Below gives the general idea of how fast the snow adds up… yes, the bulk over accumulation is done with near the coast by 9pm. Meantime snow will continue to add up west of the coast through midnight, but even there, intensity tapers off overnight. As intensity tapers off, it’ll likely mix with freezing drizzle/drizzle. 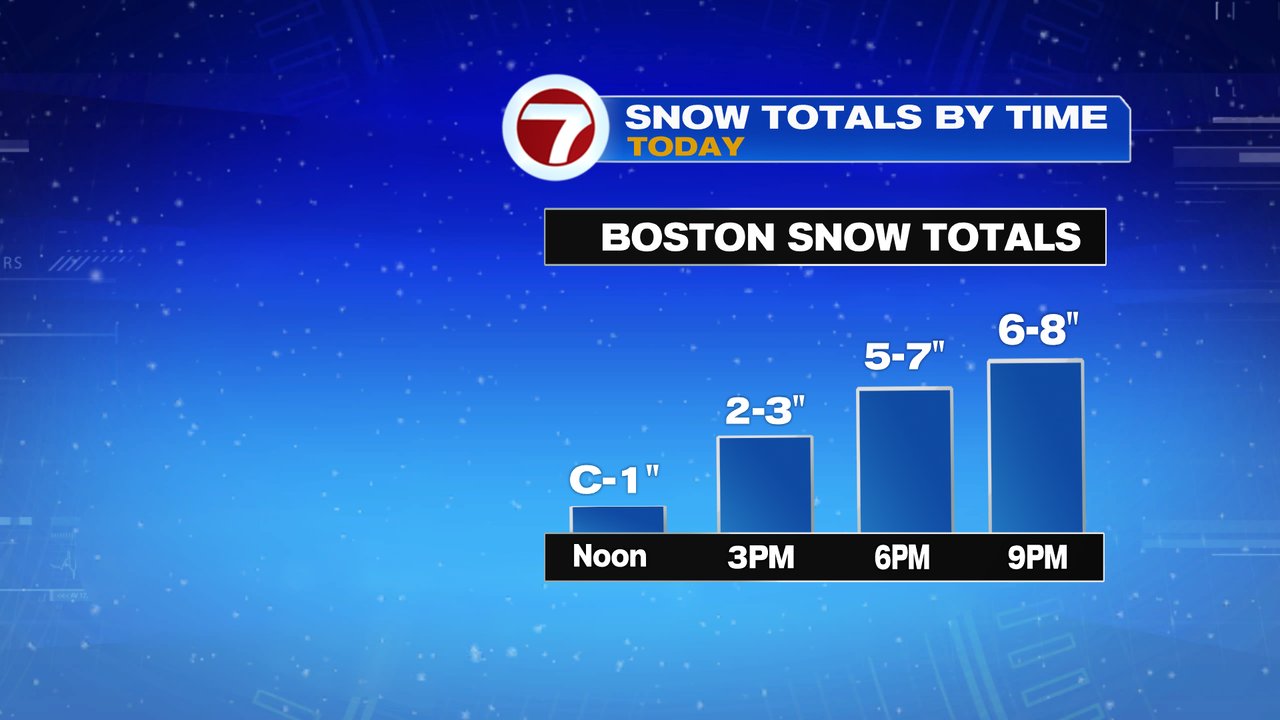 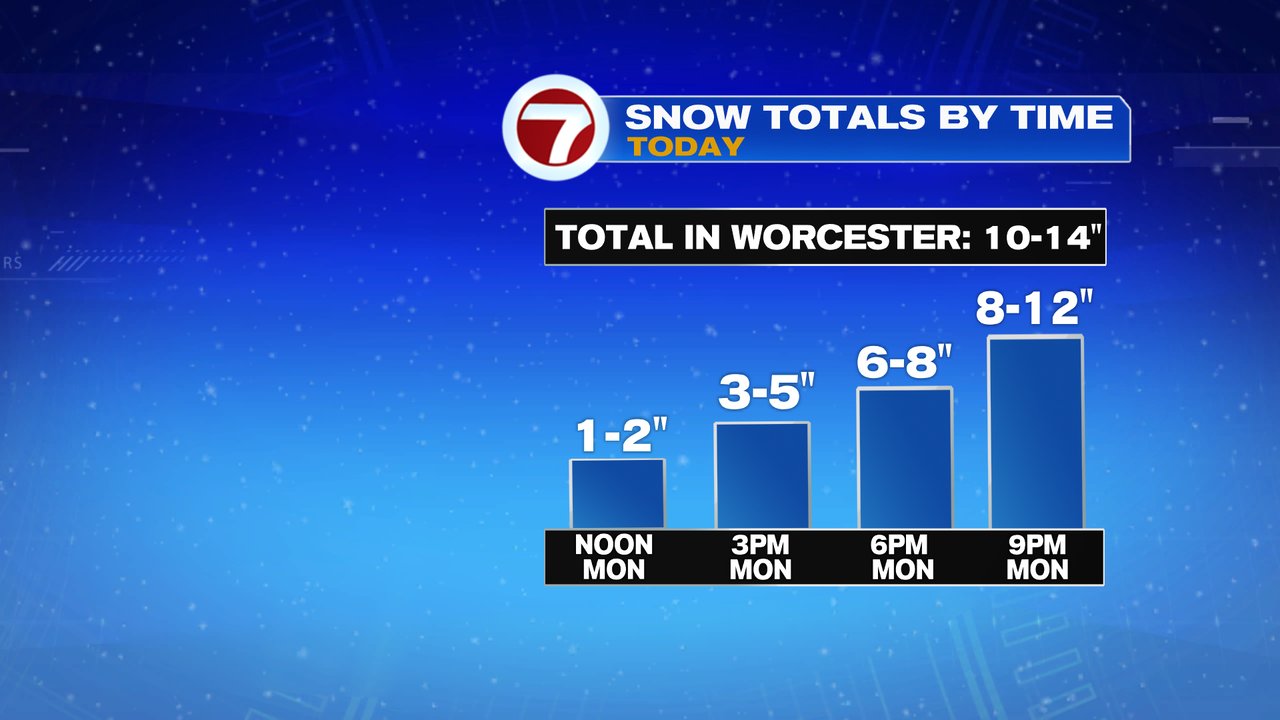 Winds crank this afternoon and this evening with gusts 40-60mph at the coast. Expect minor to pockets of moderate coastal flooding with tonight’s overnight high tide and tomorrow afternoon’s. Scattered power outages are possible too with the snow and wind, especially near/east of I-95. 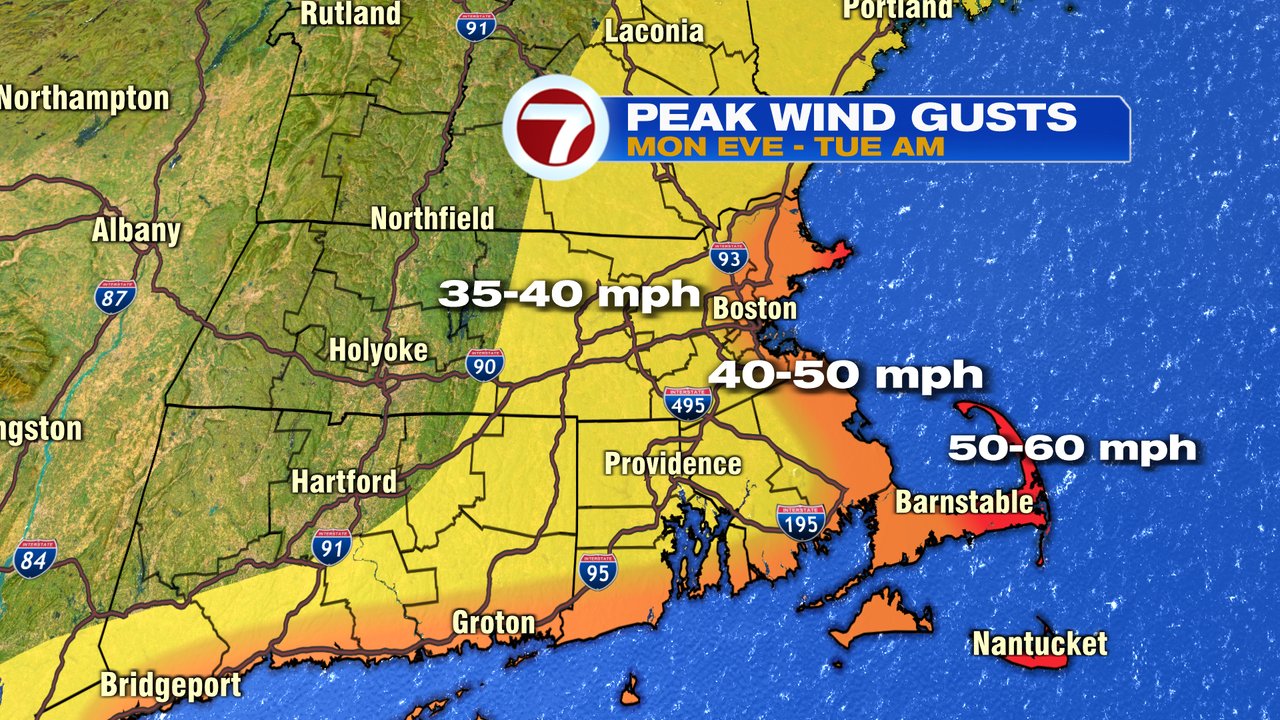 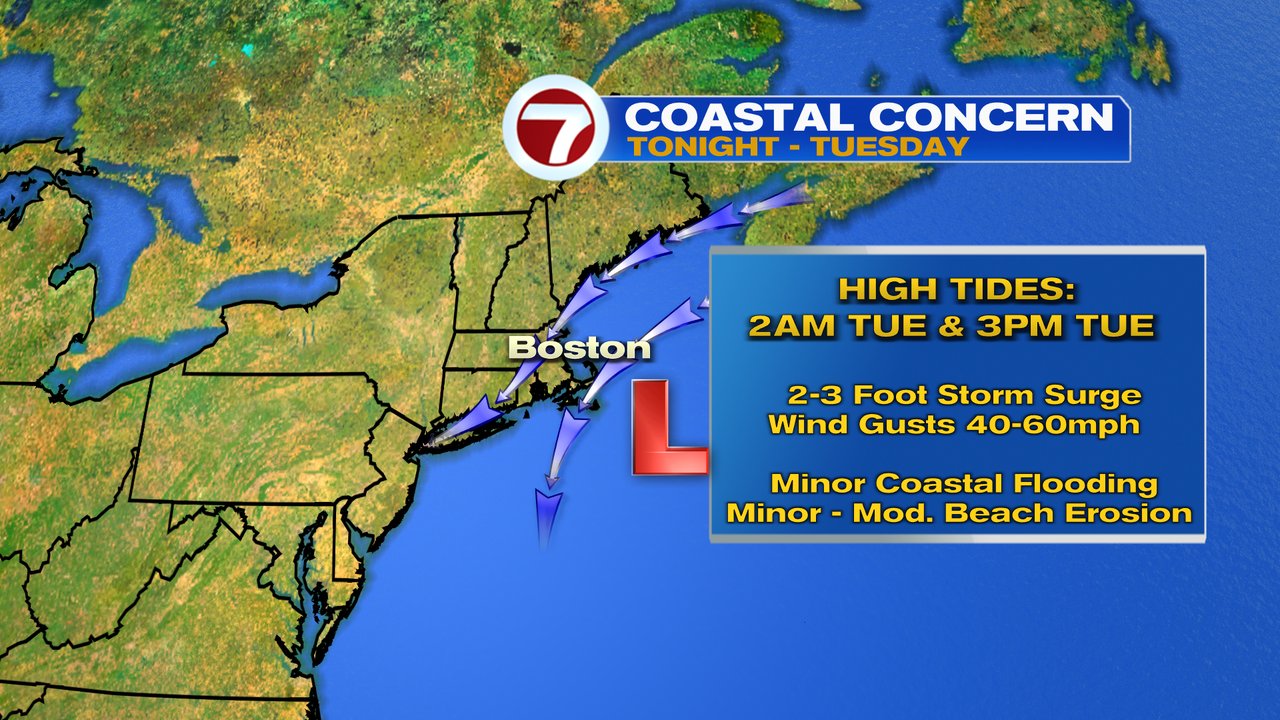 Join our Newsletter for the latest news right to your inbox